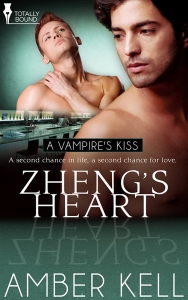 Jonathan Zheng’s spirit has been hanging around Aaron’s neck for the past five months. When he finally gets a body, he discovers a new life comes with new issues.

Between exploring a relationship with Banner, the hot bartender at Orion’s club, and learning more about the man he’s become, Zheng discovers what he wants in life might not be what he originally thought.

When a killer starts piling up the bodies, Zheng has to not only cope with the investigation but also battle his new body’s insane cravings. Will he be able to work alongside Aaron and discover who is murdering people, or will he sink into madness like he was warned about?